We all know I am a sucker for fairy tales. Especially well-crafted ones with something new and different to offer. Today, I’ve got a lovely tale to share by author Lauren Scharhag. Below you’ll find my review, an excerpt, and some author information. She’s a lovely gal, and I highly recommend her work.

The Winter Prince is a YA fantasy-fairy tale. Sixteen-year-old Margaret Bentley, an Ozark country girl, journeys to the Summer Lands to save her father from an evil spell. There she meets all kinds of enchanted creatures and people including the Momme tribe, a sea witch, the Green Man, a mysterious magician, and eventually, the Summer Queen herself.

Margaret stood a little uncertainly between Ama and Raiden, remembering her soiled dress and messy hair. When everyone else bowed, she bowed too, though some tittering from the villagers gave her the idea she was doing it wrong. Glancing around, she noticed that the women bowed with their hands clasped in front of them, and the men kept their hands at their sides, and hastily corrected herself.

The ancient lady nodded. “I am the Haenyo, the elder of the Momme people,” she said in a raspy old voice. “We had heard of the Winter King’s troubles and knew it would be a matter of time before he sent someone. But you do not look like one of the Winter folk.”

“Well, ma’am, that’s because I ain’t Winter folk,” Margaret addressed her in a tone she reserved for preachers and teachers. “See, the Winter Prince was turned into a tree, and my daddy’s a woodcutter. I stopped him from chopping it down.”

The old woman’s eyebrows went up. “So the Winter King was already in your debt when he asked you to come here? How interesting.”

That gave Margaret pause. She hadn’t thought of it that way. “Well, I don’t know if he exactly asked me to come . . .”

“He is a sly one!” the old woman agreed. “But we here serve the Summer Queen.”

“Oh,” the Haenyo sat back a little. “She is a woman of considerable appetites, and quite fearsome when she’s in a temper. But no matter how sympathetic any of us may be to the Winter King’s plight, there is little we could do.”

The Haenyo smiled. “Lucky for us, she prizes pearls.” She nodded to Ama, who scurried over and retrieved a basket from the corner of the room. It was filled with oysters. The Haenyo took one out and split it open, revealing the gleaming white gem inside. Margaret’s eyes widened. “We are the Momme people,” the old woman explained. “For generations, we have farmed the sea. You were probably unaware that you were found by our best diver.” The Haenyo patted Ama’s arm. Ama smiled modestly and dropped her eyes. “The best divers are always women, you know. I was quite a diver myself in my day. Can you swim, dear?”

“Splendid,” the Haenyo said, well pleased. “You’re welcome to stay as long as you like if you farm the sea with us. Should the Summer Queen catch you here, we can always say we took you on as a laborer.”

So Margaret stayed with the Momme tribe and learned to dive. Ama lent Margaret a yellow bathing outfit, and told her she could even keep the head wrap, which was also yellow. Now, Margaret was in fine shape, and back home, she’d thought of herself as a strong swimmer—but, she quickly discovered, a small fishing hole was one thing, and a pearl cove was quite another.

The three of them pushed one of the fishing boats out onto the water. As they rowed, Raiden pointed east to the horizon. “That’s where the Winter Lands are,” he told Margaret, “Across the sea.”

They rowed northward, parallel to the shore, to a place where the land rose in steep, rocky slopes, and black stone formations rose twenty feet out of the bay. Those black rocks gave Margaret the willies. In their shadows, she and Ama took turns diving for the oyster beds in the cold, deep water while Raiden stayed in the boat and fished. Margaret stuck to the shallower areas, but Ama dove deep, sometimes going as far as a hundred feet down with a single breath, collecting as many of the oysters as possible in the baskets. By the end of the day, Margaret hadn’t managed to fill a single basket, while Ama filled ten. In fact, when Margaret was too tired out to dive anymore, she climbed back into the boat with Raiden. When he got a bite on one of his lines, she helped him reel it in.

It was almost sunset as they made it back to the village with their haul. That evening, Margaret and the twins dined with the Haenyo. It was quite a feast, with more fish than folks back home saw in a lifetime, and crab and lobster, and of course, the oysters that tasted like the sea. There were things so strange that Margaret did not dare sample them, but there was also roast chicken and game bird, yams, pineapples, coconuts, mangoes, flat bread, almonds and honey. Margaret ate until she was about fit to burst.

Afterwards, as the children got up to play, she noticed a beautiful black dog prowling around the edges of the village, looking at all the people with big, sad eyes. She started to whistle to call him over, but, to her surprise, the children began shouting and hurling sticks at him to drive him away.

But Margaret felt sorry for the poor dog and saved some scraps from her plate to share with him later. That night, after everyone had gone to bed, she crept out.

She found him on the edge of the village, near a line of palm trees. His coat was lovely and sleek, touched in silver by the moonlight. But as Margaret drew near, she could see he was very thin. Clicking her tongue, she held the bowl of food out. The dog’s ears pricked forward, but otherwise, he didn’t move.

“C’mon, boy,” she whispered. She set the plate down and backed away.

The dog waited a moment, then came forward and sniffed the bowl.

“C’mon,” Margaret said. “I ain’t never seen a dog turn a hambone down before. C’mon.”

The dog hesitated for a little while longer, then began to eat.

“Good boy!” Margaret came forward and patted his head. When he was done, he licked her hand. “Good boy,” she said again, scratching his ears and his tongue lolled out happily. Setting his hindquarters down, his tail went thump-thump-thump on the ground. Margaret settled down beside him, and the two of them just sat for a spell in companionable silence, looking out at the dark sea that seemed an entirely different creature at night than it did during the daylight hours.

Eventually, the dog stood up and woofed quietly.

“Well, good night to you, too,” Margaret said.

The dog dipped his head so his nose touched his paws, an oddly courtly gesture, then turned and disappeared back into the marshes.

The next day, Margaret was able to dive as deep as Ama, and filled basket after basket with oysters. The twins were very pleased with themselves, both certain that their teaching skills were responsible for turning Margaret into such a superior diver.

The third day, the twins were feeling so confident in fact that they decided to steer their boat into deeper waters. There was an island several miles away from the village that was a good spot for pearl diving. They took turns rowing to get there, and when they came in sight of the little patch of land, Margaret took a basket, and dove first.

She had just reached a bed of oysters when a shadow passed by overhead. She looked up.

The sound was muted in the water, bursting from her mouth in a series of bubbles. She tried to push herself off the sea floor, but found she couldn’t move. Above her was the creature that had blotted out the light.

It was half-woman, half-eel. The human half had grayish-brown, weathered-looking skin beneath what appeared to be some sort of blouse made of seaweed. Its pale hair was long and lank and resembled nothing so much as the tentacles of a jellyfish. The bottom half was tapered and slippery. Its undulating tail propelled the creature forward.

Coming near, it reached for Margaret with arms like driftwood . . .

Stepping down from the dais, the Queen crossed the floor quickly. Grabbing Margaret’s chin with cruel fingers, she hissed, “Tell me, what’s to stop me from casting a spell on you right now?”

“Not a thing,” Margaret whispered. “Except good manners, I guess.”

With double fists in the air, I yelled out, “Yes!”

This was by far my favorite quote from The Winter Prince, capturing a theme dear and true to my own heart: Why can’t we all just get along, and respect each other, differences aside?

The Winter Prince, a classic formulaic fairy tale, shines a light on the importance of being a good citizen, taking care of your family, and being honest and kind to others no matter how ugly or different you are.

Our hero Margaret is a self-sufficient teen who lives with her father in a traditional town of trades. Strangely winter never arrives, and summer plagues the land. With their town thriving in summer and no immediate need for wood to heat homes, Margaret and her father fall into hard times. He’s a woodcutter. They make most of their money in winter. With summer blazing on well into Christmas, her father questions their survival. The fight for power between summer and winter reveals itself when Margaret meets the Winter King disguised as a catfish. He bespells her father so she will help restore his own son the Winter Prince to him, sending Margaret on a journey through the magical summer land. Filled with lively magical creatures, dangerous mythical villains, and a final test of ultimate strength coupled with heart, The Winter Prince exposes societal values in vivid scenes true to old legends and also writes in a few new ones. Imaginative, lively, you can’t help but root for the champion as she challenges the world she’d never known existed. Will Margaret save winter, and wake her father from his endless sleep? What will the Summer Queen, with eyes like a sphinx, do to her if she does succeed?

If you’re a fan of fairy tales, you’ll love The Winter Prince. Captivating, vivid from the creatures you’ll meet to the outstanding dialogue, The Winter Prince will draw you in and hold your attention all the way through the fantastic end.

Links to Purchase The Winter Prince 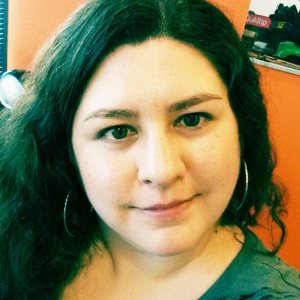 Lauren Scharhag is a writer of fiction and poetry. She is the author of Under Julia, The Ice Dragon, and West Side Girl & Other Poems, and the co-author of The Order of the Four Sons series. Her work has appeared in multiple magazines and anthologies. She is the recipient of the Gerard Manley Hopkins Award for poetry and a fellowship from Rockhurst University for fiction. When not writing, she can be found hanging out in prisons or embarking on art pilgrimages. A recent transplant to the Florida Panhandle, she lives with her husband and three cats.

Posted on February 20, 2017, in Uncategorized. Bookmark the permalink. 10 Comments.